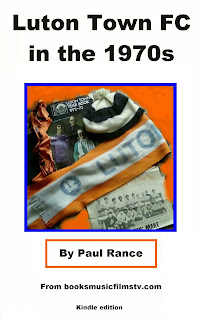 Paul Rance and the Ladybird/Ladybug Mystery

Another major event in Crowland. No ladybird was harmed in the making of this film.
Posted by Paul Rance at 8:46 PM