With so much bad news around in recent years it's nice to get out and lose oneself in the beauty of nature. Thanks to the Wildlife Trusts for encouraging people to make June 30 Days Wild month. The hashtag #30DaysWild on various social media sites will open up some great photos and videos that people have uploaded from all over the UK.

Click on the photos below to see them enlarged. 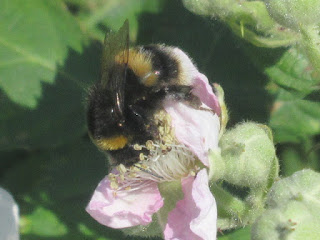 A bee embracing a flower in Crowland, Lincs during 30 Days Wild 2022 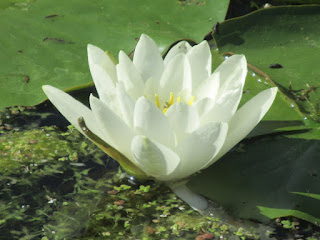 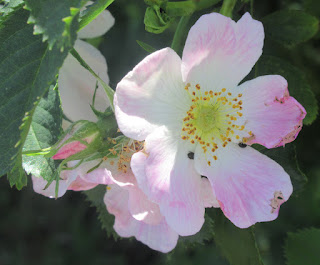 This dog rose in Crowland has some small visitors... 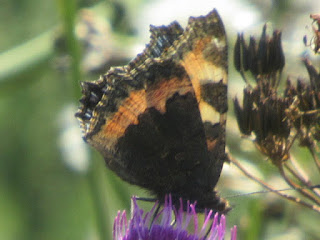 A small tortoiseshell butterfly enjoying life by the River Welland, Crowland
Copyright © 2022 Paul Rance
Posted by Paul Rance at 10:22 AM

Family Tragedies from Made in Luton

I'm currently working on a book, provisionally entitled Made in Luton, about growing up in Luton from the early '60s to when I left the town in 1983. But the book won't just be about me. It will look into my roots, and the culture, events and environment that shaped me. Looking into my roots there were a lot of tragedies in my family, and here's an extract from what will probably end up in the finished book.

Some of the names of my Great-Grandmothers could have been the names of characters in a Jane Austen novel: Caroline Foxlee, Tabitha Tompkins, Rosanna Dollimore, Hannah Bedford, Sarah Pepper, Sarah Goldthorp, Sophia Williams. But tragedies seemed all too frequent for my ancestors. My second Great-Grandmother Caroline Foxlee's Father Job died after falling off a haycart.

While one of the hardest things to deal with looking into the family history is coming across the distressing number of infant deaths. My Great-Greatparents x 5 Joseph Bedford and his wife Susannah lost a son called Joseph in 1773, when he was just a baby. In 1776 they had another son called Joseph (it seemed a custom to give a later child the same name of a child who had died young). He also died when just a baby.

My fifth Great-Grandmother Lucy Carter died during childbirth in 1790. Her husband George Doggett was a yeoman, so they were a middle class couple, and probably had a comfortable life up to that point.

My first cousin four times removed, Mary Williams Gascoigne, was married and had her first child before she was 17. Both Mary and her husband, James Olney, died in their 30s.

The family of William Doggett (my second Great-Granduncle) certainly endured their fair share of tragedies. William who, when 22, married 19-year-old Hannah Sutton in Clophill in 1866, died in a well. Though it was never established whether William’s death was suicide or not. One can imagine the impact on his wife and their 16 children.

William’s son John was killed in the First World War. He was 42, and was an example that not all British WWI soldiers were young men. John, brought up in Clophill, had been living with his wife Frances Swann and their five children in Derbyshire, where he worked as a coal miner.

It's not just all the great songs Paul McCartney has written (more than any other British composer) that make him, in my opinion, the greatest living Englishman. As one of The Beatles, Paul had a massive cultural influence in the 1960s, whether it be music, fashion, or encouraging people to appreciate art through The Beatles album covers of Klaus Voormann (Revolver), Peter Blake and Jann Haworth (Sgt. Pepper's Lonely Hearts Club Band).

In addition, Paul's support of animal rights has encouraged people to be more compassionate. It seems then that love being a common theme in the music of The Beatles is no coincidence.

Here's a piece I wrote about Paul McCartney a few years ago, and this page also features an appreciation of Paul McCartney by Andy Savage written in 1988.