A chapter from my latest book, Being St. Francis.

"In Being St. Francis the author looks at ways that we can improve as individuals and as a society. The focus in this book is on love and kindness, and to value all living things – just as St. Francis did. If you care about human rights, animal rights/animal welfare issues, environmental issues, green left politics this book should appeal to you."

Being sensitive is ALWAYS something to be proud of. But it has its obvious dangers. Bullies tend to home in on you if you are sensitive. Consequently, being sensitive doesn't mean that you shouldn't be scared of showing your teeth, or physically fighting back in self defence. That combination of sensitivity and combativeness is always a winning combination, whereas being too aggressive never appeals to anyone but similarly aggressive types.

Where sensitivity can lead to problems is when becoming emotionally involved in causes. Because there are always people out there who will harm other people, animals and nature without a second thought. For anyone who is sensitive, this type of vicious behaviour will typically be hard to fathom. Not even if they come out with the lame “I'm just doing my job” excuse. There is such a thing as having a social and moral conscience after all.

In March, 2018 I was getting increasingly depressed by environmental issues. Sudan, the last northern white rhino had died, and on the same day the destruction of healthy street trees was gathering pace again in Sheffield. Two days later I was watching a livestream of a beautiful tree being cut down. Then, as I was on Twitter, I saw that the tree was Duchess Lime. We followed each other, and communicated. Yeah, I know, it was a human behind the account... It's not every day you see a living thing you mutually follow on Twitter being killed live.

Two days earlier I had gone to bed thinking I was never going to be happy however long I live, because of the way humans continue to trash Earth. The killing of Duchess was unthinking, brutal humanity writ large. I went to bed, and cried my eyes out, and took a break from social media for a week. This is the danger of becoming emotionally involved with causes. But, apart from those who are emotionless, there will always be something that will compel us to throw our support behind something. Whether it's trying to save our local football club, or a beautiful tree. There is, though, the risk of what happens when all that time and effort seems futile, and hope becomes lost. That's when depression can kick in.

This doesn't mean we should step back forever from ever doing good, but we sometimes DO need to step back for a week or two to recharge.

Also avoid the negative influences, the naysayers who will always tell you: “Why bother? You won't make any difference.” Obviously, some causes are doomed to failure from a very early stage, but it's still important not to give up completely. If a local library is, for instance, facing closure, and no one tries to stop that action, then that just emboldens other local authorities to maybe shut down a library in their area, as they will expect an easy ride.

The negative influences are everywhere on social media. They can be subtle enough to not seem like trolls, but they are even worse if anything. Because they will seem reasonable and engage in a discussion, when nothing will change their view. Thus, they waste your time and energy, which was their intention all along. Not wanting to get into conspiracy theories, these people are not necessarily plants, but just wind-up merchants.

There may be also a feeling of jealousy with these types, because they lack empathy, and indeed know themselves that they have no real values. So, all they have left is to sneer and attempt to pull down those people who do care. An attempt to bring people down to their level.

Emotional involvement in a cause is a sign of love. Love can be painful, but without the ability to love we are an empty shell. 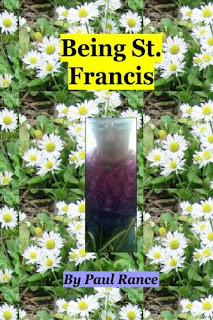